[Ed. Note: Scroll down the page for a clip and serve Paw Slap of Disgust to share with someone who richly deserves one!]

The other night I got stuck watching the Presidential debate.  I had no choice – my Co-Mommie was giving me snuggles when it came on the TV. There are few things for which I will prematurely end my snuggle time; food is one of them, politics is not.  I was happy that I tuned in because it gave me a chance to exercise my Paw Slap of Disgust – something one reader wrote to tell me I was not using enough lately!  I guess my yoga sessions are working. 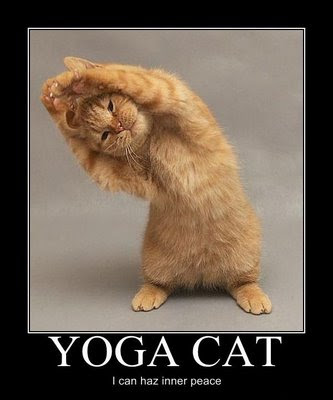 Overall, I give the debate three Paw Slaps of Disgust on a scale of 1 to 5; but this is only because it looked like Mitt Romney and President Obama were about to start throwing punches at each other.  Now THAT would have made for a memorable debate!  As it is, I was half asleep from the quality snuggle I was getting when I heard a comment about how Romney went out in search of women to serve in his cabinet and found “binders” full of them.

Binders full of women?  How large were these binders that they were able to fit a full-sized human being, let alone several of them?  (Were these binders comfortable?  Are they the latest attempt at a solution to the housing crisis?  I need to know!  I am always looking for a new place to nap!).  However, of larger concern to me is this: WHY were these women not a part of the Romney Administration’s initial recruitment efforts?  Romney himself said they were as qualified as any man who had applied for the available cabinet posts, so why were these women a part of the second wave of recruitment but not the first?

As a cat, I spend a lot of time planning world domination – write in ­Tazi-Kat for President 2012 – and as a part of this planning I must spend a lot of my time observing humans while pretending to nap.  One of the more important things I have noticed is that politicians like to say things that voters like to hear…but then they surround themselves with people who reveal more about them than the politician would like.  I am not talking about extremes like President Obama and Reverend Jeremiah Wright – although this could be a good example – I am talking about the masses that make up a politician’s team, from his or her advisers straight down the campaign volunteers.  Who are these people?  How do they think, feel, and behave?  Most importantly, what kind of effect do they have on the important decisions that the politician will make?  In the case of Mitt Romney, I find myself questioning what kind of steering committee chooses only men to fill Cabinet posts.

To his credit, Mr. Romney asked the same questions as I.  How come there are no women among the candidates?  If only men were found to be qualified to fill these positions, why is that so?  Were no women interested in working in politics?  As it turns out, there were “binders full of women” who were both qualified to serve and interested in serving in their state government – the problem was that these career women were still expected to be at home to serve the domestic needs of their families.  This conflict of interest is what disqualified them in the eyes of Mr. Romney’s people.

Mr. Romney, at this point I would like to offer you my latest free product – a Print and Serve Tazi-Kat Paw Slap of Disgust!  It is extra large to make the printed version easy to read.  Please print several copies and hand one to each and every member of your Cabinet Search Team; the people who could not find one woman both qualified and interested in serving in your Cabinet.

Maybe you do not realize it, but surrounding yourself with chauvinists leaves people questioning your own character.  Points to you for recognizing chauvinism and seeking to squelch it, but by keeping the chauvinists on board the only lesson you are teaching is that you value the importance of appearing to be politically correct.  You once said that you “like being able to fire people” for bad service; well, here’s your chance.  It’s time to ditch the backward thinking advisers who believe that a woman’s place is in the home first and the political world second, if at all.

I do believe that Mr. Romney is forward-thinking when it comes to accommodating the needs of women who must balance both family and career.  It makes me happy to see that he understands that not every person can sell their soul to the company store – regardless of their sex.  I hope that Mr. Romney allows his male employees to leave work at 5:00 PM so that they may go home to have dinner with their family or to catch their child’s Little League game.  I also hope that Mr. Romney is not pandering to women in the hope of securing their vote; I hope that he considers surrounding himself by forward-thinkers that realize that a woman can have both a career and a family at the same time, but only if they receive the support of their partners.  Most of all I hope that, if elected, Mr. Romney learns how to communicate a thought more clearly.  Binders full of women?  Bill Clinton must be drooling…