Man's Girlfriend Wants Marriage, But Maybe Not To Him

I love my girlfriend of two years very much, and would like to ask her to marry me. "Vanna" is always talking to her girlfriends about how much she would like to get married "when everything is right", but has yet to say anything directly to me.

Vanna's  best friend is getting married this summer, and they have been attending wedding fairs for her for the past year. Vanna always comes home from these events with stars in her eyes and pamphlets that she adds to her "fantasy wedding folder", a file she has had since she was a teenager and is constantly adding to and updating. Everything from "First Dance Songs" (updated by the year) to "Dress Styles" (mostly traditional looks) is in the folder. It looks like she has her entire wedding planned and that all she needs is the groom! I would like to be that groom, Tazi!

With Valentine's Day coming up, I am ready to run out and buy Vanna a ring (she has several styles she likes filed in her folder, under "Possible Rings"), but I am afraid that everything is not "right" yet. Why else would she not hint about getting engaged? Can you think of a reason?

Signed,
Groom To Be?

Dear Groom To Be?:

I can think of several reasons why Vanna has not brought up the subject of marriage with you, ranging from the good to the bad to the downright ugly. It could be that Vanna is a very traditional woman, and believes that the man should be the one who brings up the topic of marriage and handles all the details of buying (and surprising) his lady with an engagement ring. If Vanna is not this type of woman, we are left with the bad and the ugly. 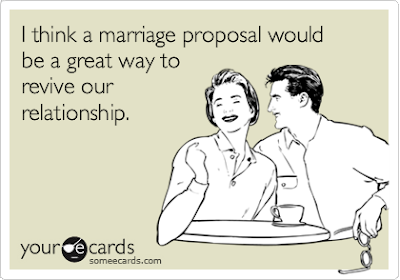 The bad could be that Vanna does not feel that the two of you are in a place to take that next step and make a lifelong commitment to each other. Be it financial instability, the desire to pay down debt, or simply a concern that you have not been together long enough to truly know each other. 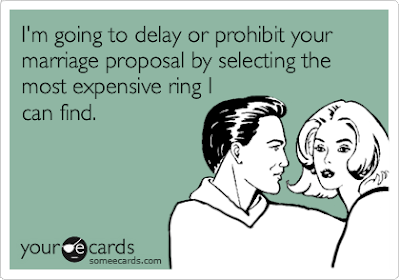 Maybe Vanna would like to try living with you to see how your lives will mesh before making a legal commitment to spending her life with you. If none of these scenarios are the case, it leaves you to face the ugly.

The ugly truth of the matter might be that Vanna does want to get married - just not to you. 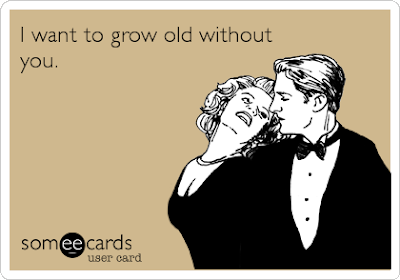 This does not necessarily mean that she wants to break up with you - she may need more time to decide if you are "the one", or she may see you not as Mr. Right but as Mr. Right Now. The only way you are going to get an answer as to where you stand - at the alter or at the check-in desk of Heartbreak Hotel - is to talk to Vanna.

Ask Tazi! is ghostwritten by a human with a Bachelors of Arts in Communications. Tazi-Kat is not really a talking feline.