I recently had the uncapitulated joy of clinging to my Mommie as she left for work. There was a bad thunderstorm going on and, as any pet owner knows, we four-legged children do not do well with loud noises. Like it or not, Mommie was stuck with me as I dug my claws into her shirt and accompanied her to her workplace, a local park (she does ecological stuff). I soon regretted this decision.

Lacking my Tazi Sack I had nowhere to snuggle up for a long day of napping and was forced to hide under the desk on the cold, concrete floor. I was treated to a view of feet and the sounds of screaming children who apparently had never been taught how to behave in public. This brings me to the subject of today’s column: Just how much should schools be required to teach and what should parents be responsible for teaching?

Once upon a time, back when dinosaurs roamed the earth and my Mommie was just a schoolgirl children were taught proper behaviors – good table manners, how to behave in public, respect for elders (even if they were not your parent), and other ideals that are no longer as fashionable. These habits were taught at home by parents and grandparents; by the time a child was school-age they knew enough not to bite the other children; that hitting an animal is in bad form; that chewing with your mouth open is rude; and that when you enter someone else’s house you obey their house rules, even if they differ from your own. Perhaps most importantly it was taught that when the adult in charge tells you to do something, you do it; that they have a reason for needing things done the way they have asked them to be done and that the child is not to talk back to authority; that is the job of the parent, should they feel that their child was treated unfairly. Are such lessons still being taught in the majority of U.S. households today?

During my short visit to the workplace I witnessed primary school-age children (ages 5 – 10) acting like heathens! When my Mommie requested that they use their “inside voices” while inside her small office; the children ignored her. When she implored the parents to control their children, the parents would respond with some variation of “they’re just excited”. Hmm…so you are telling me that excitement is an excuse for prolonged poor behavior? I can’t wait to let the dog know that! Does this mean you will excuse him when he pees all over your rugs because he is so excited to see you? I didn't think so. 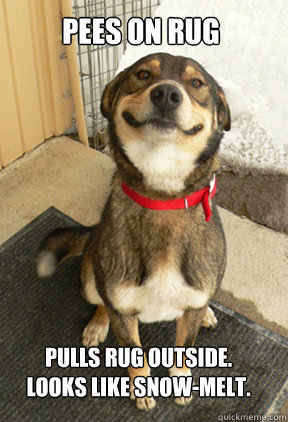 Like animals, children need to be socialized. They need to be taught that what is acceptable behavior for the home may not be acceptable behavior outside of the home. For example, stripping naked and running around in the buff may fly in the privacy of your living room but few will smile if your toddler does that in the middle of Sunday church services. Allowing your child to scream and “express” him or her self in whatever manner they choose may fly at the family dinner table, but I can assure you most restaurant diners – especially those who have worked hard to get their children to behave in a more socially acceptable manner – do not have the same appreciation for a child’s loud and repetitive rendition of the chorus to “Kiss Him Goodbye”. This observation begs the question: at what age should children be expected to behave in a civil manner?


True story: The kid would not...stop...singing it!

I have met children as young as three who understand that please and thank you are appropriate ways of showing respect for someone who has done them a kindness, and children as old as ten whose parents feel that such rules are a little too grown-up for their child, and that when the time comes he or she will learn it at school from watching their classmates or by following their teacher’s example. Just how much are our schools expected to teach? What is the appropriate age that society in general should expect a child to understand the basic principles of good manners?

I come into contact with a lot of teachers, from both near and far, because for some reasons teachers like me I am a quiet and well-behaved cat (most of the time) who enjoys a good snuggle (most of the time; other times I just tolerate it). Some of these teachers have gladly shared with me the following horror stories to print (on the condition that their names and locations remain anonymous) so you, dear readers, can see just how much some parents expect teachers to teach and/or tolerate:

A second grader who thought it was okay to swear at the teacher because he was allowed to swear at home. (The child’s parents were trying to break him of the habit and were hoping ignoring it would make it go away).

A third grader who jumped on his desk while the teacher had his back turned (he was writing on the blackboard) and then proceeded to jump the teacher because “Daddy and I play like this at home”.  I blame the parents for the teacher’s injuries.

A fifth grader who told his teacher she was “smokin’ hot”. When sent to the principal’s office, he said that his parents always taught him it was “healthy” to express his emotions and not to keep them bottled up.

A child who insisted on calling her teacher by her first name, instead of “Mrs. Smith” because her parents thought the teacher’s (real) last name was too hard for their child to pronounce. (In their defense, they suggested the child call the teacher “Mrs. [Last Initial]” or “Miss [First Name]” but the kid decided to abbreviate even that because that’s what she calls her “aunties who aren’t real aunties” and the teacher was not an auntie of any kind).

And finally, there is my personal, all-time favorite…

A first grader who was not yet potty-trained because her parents didn't want to “rush” her and believed that she would train when she was ready. The teacher noticed a nasty smell emanating from the student and when she asked the child what it was she replied, “My diaper. I did poops. Will you change me?” (The teacher sent the child to the school nurse, who called the child’s parents and received the aforementioned explanation. And no, the child is not autistic).

I think we can all agree that the line is drawn here; toilet-training belongs at home, not elementary school.