Should A Person Tip The Counter-Person For A Plain, Black Coffee?

Because I drink my coffee so plain and because I am on a strict budget, I do not tip the teenager behind the counter who has the nerve to call herself a "Barista"; a trained monkey could make my coffee! Because I don't tip, the girl is less pleasant to me than she is to my friends; at times, she is downright hostile, practically throwing my coffee at me from across the counter in her rush to move on to the next customer, who presumably will tip her.

I have been considering complaining to the manager about this employee, but when I mentioned this to my group of friends a debate ensued. Some argued that the word "TIPS" is an acronym meaning "To Insure Prompt Service" and that by not tipping I should not be surprised by the poor service; others sided with me, saying that a black coffee is not something that is complicated to prepare and takes far less effort and expertise than a cappuccino or other upscale drink, so a tip should not be expected. Another friend argued that waitresses are paid below minimum wage and that their tips boost their income high enough to make a living, while a fourth friend pointed out that coffee-servers are not considered waitstaff and have to be paid at least minimum wage.

Tazi, my service is prompt; it is just not particularly courteous. My server is a teenager who, from what I have overheard, lives at home with her parents and does not yet have to worry about making a living. Am I committing a social faux pas by not tipping? What is your take on the situation?

Signed,
On A Budget

Dear On A Budget:

My take on the situation is that the little acronym your friend used is grammatically incorrect. To insure something limits your financial liability in the event of litigation; to ensure something is to take steps to guarantee that an event or condition occurs to your satisfaction. Sorry if this is off-topic, but incorrect grammar is a pet peeve of mine! (And of Grammar Girl's...she backs me up on this one!).

As for my opinion of tipping the Barista - which is what she is, if she has been professionally trained to make fancy coffee drinks - is that you should tip according to the amount of effort that went into preparing your beverage. "Barista" is the Italian word for "bartender"; would you not tip the bartender because all they did was pop the cap off of a beer for you? Would you tip him or her a dollar for this service, or would you just leave the coins from your change on the bar?

I admit that pouring someone a black coffee takes no special effort and that the Barista is just doing the job for which she is probably paid minimum wage plus tips. Since her attitude towards you is as bitter as a French Roast I am not going to suggest you tip her in order to improve her personality; this amounts to no more than blackmail on her part - tip me or else I'll be a jerk to you is no way to treat a customer.

If the coffee shop has a comment card than I suggest you fill one out, writing the Barista's name and what she can do to improve her attitude towards customers. If after a reasonable amount of time you do not see an improvement, you should then mention something to the manager. I also suggest that if you or your friends order something that needs to be made to your specific tastes - and if it was made well - that you drop your loose change into the tip jar; it's the courteous thing to do for someone who provides you with good, personalized service. As comedian Chris Rock put it, minimum wage is an insult; it's like saying "Hey, if I could pay you less I would - but it's against the law". 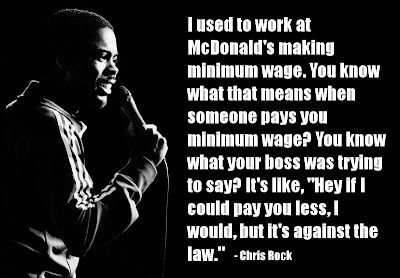