Gender Dysphoria Can Cause Problems In Social Situations

I am technically a twenty year old woman. I say "technically" because I am not at all feminine. I am completely flat-chested and built like a man. I prefer to dress in men's clothing, wear my hair short and spiked like a man, hang out with men over women (I hate shopping and other girly-girl stuff). From the baseball cap I wear on my head to the Michael Jordans [sneakers] I wear on my feet, I look like a man, just a baby-faced one. My problem is that, since graduating high school where I knew everyone and starting a college where I do not, I now get mistaken for a lesbian, which I am not, or hit-on by straight women who think I am a guy, which is also upsetting. Short of wearing a sign that declares me to be a heterosexual woman, do you have any ideas on how to get around this awkward issue?

From the description you give, you fit the description of a female transvestite (which is the sociological term for your style preferences). Among cross-dressers (the preferred term) you are in the minority - most are men who dress as women - but are also among the more socially accepted of the gender diverse. 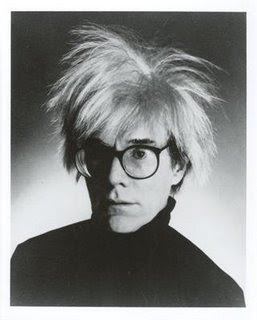 The fact that you are mistaken for a man by straight women can be corrected by adding simple touches that will not compromise you as a person (for example, jewelry and perfume). If you are truly uncomfortable wearing anything that signals that you are female, you can work towards altering people's perception of you through your use of vocabulary. For example, instead of saying "I have to use the bathroom" you can say "I have to use the ladies' room", thus signaling that you are female by birth. You do not have to be a "girly girl" or dress in pink for the world to understand that you are female; but you will have to make an effort to identify yourself as a straight woman if that is how you wish people to see you.

Most people are accustomed to dividing people into one category OR another; so when someone comes along who fits one category AND another it can be difficult for some to process. Before a woman - straight or lesbian - works up the courage to hit on you, she probably sends out signals that she is interested (flipping her hair, gently touching your arm, etc.). By learning to read these signals, you can self-identify as a straight woman before the conversation takes a turn for the embarrassing.