I am a newly married, former single mother. My husband is of a higher economic class than I was before we wed, but he has always made it clear that what is his is mine; that we are married and that I should not feel like a guest in our home. It has been an adjustment for me to go from penny-pinching and coupon-clipping to living in a mansion with all the amenities, but my daughter has readily adjusted - perhaps bit too readily, which brings me to my problem.

"Jason", my husband, was a swimmer in college and has kept up with his sport ever since, continuing to swim competitively; hence, when he swims laps in his (our!) in-ground pool he wears a Speedo-style suit. Jason is also rather well-endowed, but he is not the type of man to flaunt himself. I cannot stress this last part enough!

My daughter "Tiffany" is fourteen, as are most of her friends. Last week, during a heat wave, she invited half a dozen of her girlfriends to come over for a swim. She did not ask permission first; as I said, she has readily adjusted to our new lifestyle. When Tiffany and crew arrived to swim, Jason was doing laps in the pool. Seeing that Tiffany and her friends wanted to cool off and splash around, he generously ended his workout a few laps early. While getting out of the pool he had to cross the patio to retrieve his towel, and all eyes were upon his manly physique.

Jason, like most men, was completely oblivious that that he was being observed and walked into the house without incident. My daughter was humiliated at what she called Jason's "inexcusable display" and has told me she wants an apology from Jason and a promise not to wear a male bikini around her friends again. I have tried to explain to my daughter that this was Jason's house first and that she needs to adjust her behavior accordingly; that he was kind enough to accommodate her unexpected company and that the next time she wants to bring friends over she should ask permission.

Tazi, Tiffany refuses to see anybody's point of view but her own. She tells me that I need to assert myself as the woman of the house and that Jason needs to change his behaviors now that there is a teenage girl in the house. She has told me that if I do not say something to Jason she will. All I want is peace in my new marriage and my new home. I want us to feel comfortable here, but I do not want to make Jason uncomfortable; he has had so much to adjust to as it is. Do you think Tiffany's demands are unreasonable? Should I ask my husband to change to a more modest swimsuit? He only wears it when he is doing laps; otherwise, he wears more modest-style trunks.

The demands of a new marriage and the blending of a family can be stressful enough, without adding teenage angst to the mixture. At fourteen, your daughter is going to be embarrassed at everything that puts her in an unwanted spotlight, and she is going to have an attitude of entitlement about her that can only come from the confidence of being a teenager. Resist the urge to slap her silly and repeat after me: This is just a phase, and she will outgrow it soon. 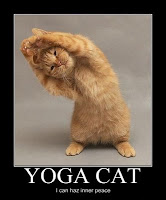 Tiffany's demand for an apology and accusation that Jason created an "inexcusable display" of his body are out of line with what actually occurred. Tiffany was the one who barged in on Jason during his swim time; she is the one who should be apologizing for cutting short his workout and putting him on the spot. Please remind her of this fact. Your reminder that the house was Jason's place before it became your family home is the type of thinking that your husband is trying to help you to overcome. It sounds to me like compromise can come from all sides in this matter.

You say that Jason was oblivious to the stir his physique caused. This is a very good thing, considering the females who were noticing him were all decidedly underage. Knowledge of the stir he caused would only serve to make him uncomfortable around Tiffany's friends, so mentioning this fact is probably not a good idea. You could start the conversation by saying that Tiffany felt awkward barging in on him while he was swimming, and perhaps you could create a pool schedule - time when Jason can do his laps uninterrupted, and time where open swim for all is allowed. This will accommodate everyone while embarrassing no one. To ask Jason to change his swimwear would be wrong, considering he still swims competitively. The uniform may be outrageous, but the skimpiness of the suit shaves several precious seconds off of a swimmer's time.

Overall, you could learn a few things from your daughter about adjusting to your new home; your daughter still has a few things to learn about manners and respecting others. I wish you luck on becoming the family that you all dream of becoming.