When I read the letter from the young woman who is considering working as an exotic dancer to pay her way through college I knew that I had to write. As one who has been in her situation, I think your advice was right-on; although I made a lot of money as a dancer, it cost me in other ways.

I was a good dancer – I mean really, really good. I took classical ballet, jazz, and modern dance from the time I was three years old, so I knew how to dance and incorporated many of my moves on the pole and on the stage. I was clearing over a thousand dollars a week and receiving expensive gifts (in secret, of course) from clientele who sought to “romance” me. I thought I had the world of a string, as my Grandma used to say! 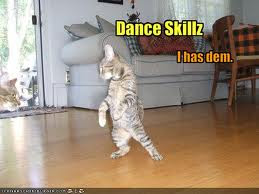 After graduating – debt free – I went on to pursue a Master’s Degree and continued dancing to pay the bills, even though I was getting a little tired of it. The job is draining, both physically and mentally. Dancing isn’t exactly the type of job you can list on your résumé, so the only experience I had to list was co-op and internship positions, which I was smart enough to get while still a student. Once I got my graduate degree I thought I would be able to put dancing in my past, but I realized it was not going to be that easy. I got dressed up to go on my first professional job interview, walked into the Interviewer’s office, and came face to face with a former regular to my club. When I saw the look of recognition on his face I did not even have the courage to sit down; I turned around and walked right out of there, figuring he would call if he was interested in hiring me, but as expected that phone call never came.

After that incident, I was too upset to continue looking for work in the city where I went to school so I moved back home and looked for work in the large cities in that region of the country, where nobody knew of my past. I am not ashamed of my past, but there were a lot of business people who looked at me as if my past was shameful, which was hypocritical because they were the clientele that kept me employed as an exotic dancer.

That’s all I have to say, Tazi. I hope my story helps that young woman make an informed decision.

Thank you for sharing your story and your words of wisdom. So often when we are in desperate circumstances we cannot see past the immediate gains that are being offered, not realizing that we may be putting ourselves further into dire straits.

"Tempted", if you are reading this, I hope you take the former “Peppermint’s” advice to heart and take a waitressing job instead.

Snuggles to both of you,
Tazi