I work as a docent at a mid-sized zoo in a mid-sized city. I love working with the public to teach them about the animals and their natural behaviors and habitats. I have a full-time job, so I am not looking for a job with the zoo, and have nothing to gain except personal fulfillment. Up until this summer, I have looked forward to performing my duties as an educator; but this year a new member of our docent team, “Chloe” is sapping the joy from my job.

One of the cardinal rules of our zoo is that the animals are wild animals, not domestic and certainly not tame. Visitor-animal interaction is strictly prohibited, for the safety of the public as well as the animals. For this reason, the names of the animals are not made known to the public; naming animals anthropomorphizes them, breaking down the barrier between humans and animals, but not animals and humans. Once an animal has a familiar name, people no longer see it as wild; they think it is tame and try to interact with it by feeding it through the fence or even petting it. Just because it has a name does not mean it is no longer wild and/or dangerous! This is a lesson that is stresses to us in our training sessions, but one that the new docent, Chloe has decided to ignore.

Chloe insists that the public should know the names of the animals; that it would make for a more pleasant visit if the children who visited us knew the animals names, so she has been incorporating this information into the tours and presentations that she gives. The first time it occurred, I was shocked and explained to Chloe the reasons for keeping the names private, but she just laughed. When one of the keepers informed her of the reasons – and that the animals respond to familiar voices, not their names – Chloe pouted that the keepers just wanted to keep the animals as their pets, and their pets alone.

Chloe continues to disclose this private information to every visitor she encounters, and the rest of us are seeing the effect of it. Children are taunting the animals more frequently, and even adults are ignoring the “DO NOT FEED THE ANIMALS” signs with regular impunity. We would like to inform the Volunteer Coordinator of the source of this uptick in problem behavior, but as it happens Chloe is his mother’s best friend. We doubt telling would do any good and might even make the rest of us look bad. What do you suggest, my anthropomorphic little friend?

You seem like a very well-educated docent, one who has taken her training to heart. You are correct that naming a wild animal does nothing for the animal – it could still not care less about you as a human, unless you have edibles or it considers you an edible – but creates a bonded feeling to the animal for the humans who view it. This in turn will cause humans to lose respect for the wild side of nature, and put both self and animal in grave danger – any caged animal that attacks a human is killed, even if it was only acting according to its animal nature. 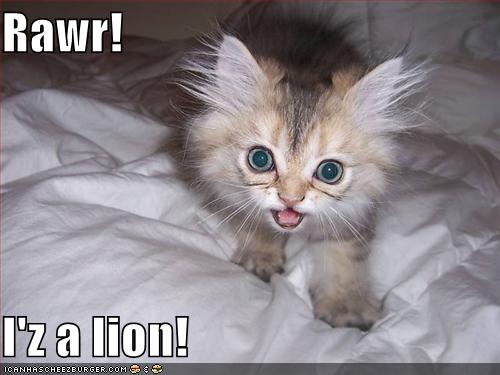 Since you are uncomfortable bringing the subject of Chloe’s behavior to your Volunteer Coordinator, why not ask the Zookeepers to bring it to the attention of their supervisor; the veterinarians; or even the Zoo Curator? Chloe’s behavior is opening a door to liability that your zoo does not want; the sooner her behavior is corrected (through additional training or dismissal) the sooner the problem will be solved for all. As a volunteer, Chloe is not being paid so it is not as if you will be denying her the paycheck she needs to live; therefore, no guilt should be felt. She has earned the consequences of her actions.