A Happy Halloween/All Hallow's Eve to all who celebrate!  Here in America, Halloween is a big deal - it is the second highest retail grossing holiday in the country, second only to Christmas!  In honor of this time of excess (and chocolate - lots and lots of chocolate!) I present to you today some fun facts about the history of Halloween and its traditions!

1. Trick-or-treating evolved from the ancient Celtic tradition of putting out food to appease spirits who roamed the streets during Samhain, a sacred festival that marked the end of the Celtic calendar year. Ireland is generally accepted as the birthplace of Halloween!

2. Jack o’ Lanterns originated in Ireland where people placed candles in hollowed-out turnips to keep away spirits and ghosts on the Celtic Samhain holiday.
3. Trick-or-treating dates back to the Middle Ages! “Souling” is a medieval Christian precursor to modern-day trick-or-treating. On Hallowmas (November 1, now known as All Saints Day), the poor would go door-to-door offering prayers for the dead in exchange for soul cakes, a sweet and tasty treat!


5.  A Rhode Island man holds the record for world's largest pumpkin, which weighed in at 2,009 pounds (911 kg).  It is the first pumpkin ever recorded to break the one ton mark!  (Sorry, not a Halloween History fact; being a Rhode Island native, I had to brag!).

6.  Halloween is not a universally celebrated holiday (France sees it as an American celebration).  In Mexico, the days following Halloween - All Saints Day and All Souls Day - are celebrated as Los Días de los Muertos, the Days of the Dead.  Teng Chieh or the Lantern Festival is how Halloween is celebrated in China. Animal shaped lanterns are hung around houses and in the streets to help spirits back to their earthly homes.

7.   In 1950, Philadelphia-based trick-or-treaters traded in a sweet tooth for a sweet action. In lieu of candy, residents collected change for children overseas and sent it to UNICEF. Subsequently, the Trick-or-Treat for UNICEF program was born. 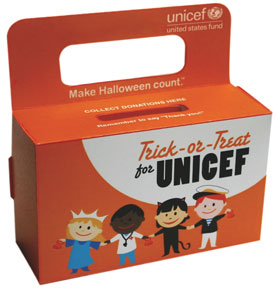 8.  Bobbing for apples actually started as part of the entertainments of the Roman tradition of harvest festivals that honored Pomona, Goddess of the Harvest.

9.  In most countries that celebrate Halloween, black cats are thought to be unlucky as they are thought to be witch's familiars.  In England, the same is thought about white cats, instead of black cats.
10. Legend has it that the jack-o’-lantern began with an Irish man named Jack, who was too stingy to be allowed into Heaven and too much of a troublemaker to join the Devil in Hell. When Jack died, the Devil threw him a lighted coal, which Jack placed inside a turnip he was eating. To this day, Jack continues to use the coal to light his path as he searches for a final resting place.


Gracious thanks to RandomFacts.com and MSN.com for their fun facts about Halloween!

Snuggles and a Happy Halloween from the Black Cat!!